CWS is so glad to have Dan Stockman riding with us! Dan lives in Fort Wayne, Indiana, and he writes about women religious for Global Sisters Report (GSR). He’s been a journalist for 25 years, the last six of them with GSR, and Dan says that those six have been by far the most fulfilling and inspiring. 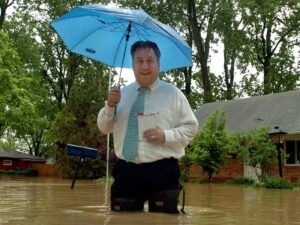 Dan and his wife are both cyclists. His wife has done multiple, one-day 150 miles+ rides. The September CWS ride is Dan’s longest ride yet – we’re sure he’ll do great!

As he rides, Dan plans to pray for people who suffer from loneliness and despair. “Far too often,” Dan says, “our society chooses to ignore these conditions, but they are very real and can be deadly, and they are being exacerbated by the pandemic.”